Books! Glorious books! (And yes, I’m totally singing that in my head).

Over the last couple of weeks, packages of books have been trickling in for our Kiribati Library Project. Boxes crammed full of books. Books signed to the students in Kiribati by authors. Recent releases. Old classics. It has been beautiful to see! 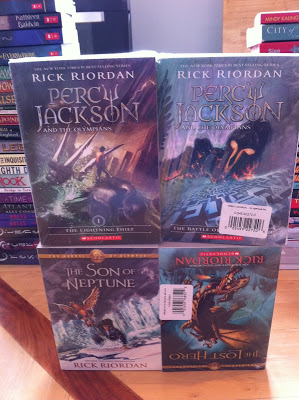 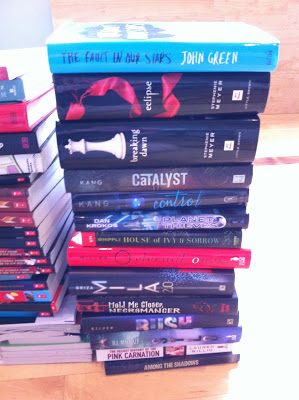 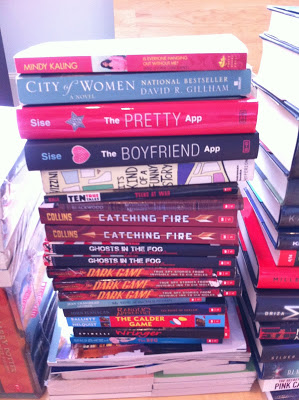 And it’s not done yet. Capstone (my publisher) contacted me, and they’re sending a box, too! I am so thrilled, I just can’t even express it.

Last Tuesday, an unexpected delivery from Amazon arrived on our doorstep. Someone who had already sent us a big box of books had the entire Harry Potter series sent. 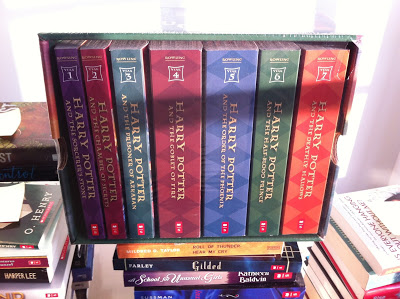 Guys, I was crying! When I wrote to thank her, this is what she said:

“The idea that we can introduce kids to these character and the worlds created on the page is pretty much my happy place.”

And I think she pretty much captured why I’m doing this. What an amazing thought! The Harry Potter series has given me countless hours of joy. And she will be giving that to these kids.

This will be my last call for donations (so back to regular programing starting next week). For those interested, you can either donate money at our GoFundMe account, or you can donate books. Just use the Contact Me tab for information on where to send them.

Since that first post, I have received a wish list of books from the library. We have received a few on the list, but I wanted to post it in case it inspires anyone out there to join in our cause.

That said, if you have books to donate that are not on this list, that is great, too! But this gives a good picture of the types of things they are looking for.

Thank you again for reading this post and for all the sharing and donations and well-wishes we’ve received on this project. Imagining these books in the hands of these students makes me so happy. Thank you!

A Bit of Good: Update on the Library Project

With all the terrible things that have happened throughout the world over the past few days, it can be easy to forget that there is good in the world, too. While I know it doesn’t change what happened, or fix things for those who are suffering right now, I want to tell you about a little of that goodness.

Last week I reached out to you–to the world of social media. I didn’t know what to expect, but you all blew me away between the sharing of my post, the offers to send books, and the monetary donations. I haven’t received the books yet, so I can’t show you a picture of that, but here’s a peek at the GoFundMe page: 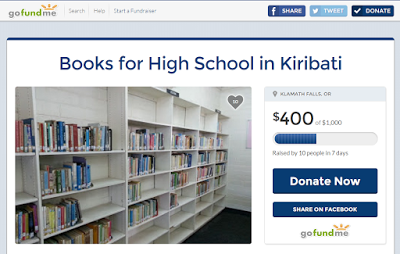 People are good and kind and generous. They reach out to strangers. They offer help in the ways they can. People I didn’t even know donated money. People I’ve never met are shipping off books.

Thank you! Thank you so much for being you. For being generous humans who spread good in the world. Thank you! I can’t express how touched I’ve been at your support.

For any who would still like to participate, we will be collecting books and donations over the next couple of months. For more information, please visit the original post that explains it all.

Now, one more thing. My 11-yo wanted to write in support of the cause, and I promised I would post it for him:

Dear readers,
Hello.
To you readers, I ask you this, how would you feel if you had almost no books to read? I would feel devastated, it would make me less curious, although that
might not sound bad to you, take some time to imagine what that amounts to: . .
. now that you have thought about it, I hope you realize the full gravity of
helping those children on Kiribati.
Imagine
how thankful they’ll feel to have such a great gift to enjoy and share. I hope
you know to expect nothing but an unseen and unheard thank you along with the
knowledge that you helped someone besides yourself.
I
sincerely hope now that you will help those children.
Signed,
11-yo. J.

Before I leave you, I want to give a heard and seen THANK YOU for your help.