“Everyone wants to be successful until they see what it actually takes.”

I saw this quote on facebook this week. I don’t know who said it, but it was accompanied with a picture of a ballerina’s bleeding and bandaged feet. Success looked pretty painful.

And I bet you saw the picture of the physician after losing a 19-year-old patient that went viral last week. A moment of “failure” . . . probably after doing everything he was humanly capable of doing.

As I consider these two images, thoughts are swirling in my brain. Success is such an interesting concept. One word, but defined so differently from person to person. Are we only a success when we’ve reached the point of being a “prima ballerina”?

I once ran a half marathon. It was hard. It left my feet a mess, and gave me aches I still deal with. Am I a failure since I now choose to run shorter distances? I don’t see it that way. I see it as a success that I still run.

A person who writes a book, but never gets an agent or sells it . . . are they a failure? I don’t see it that way. I think they are a success for finishing the book.

Now don’t get me wrong. I believe very strongly in working hard to achieve something. And I don’t think we should hand out awards just for showing up (I really hate the trophies they give to everyone for just playing rec soccer or whatever). But as we celebrate the small successes, they can keep us moving forward when everything else would tell us to stop. Give up.

Work hard. Do your best. Don’t give in. And when you reach a milestone, celebrate! Don’t be afraid to recognize the quiet successes that litter our lives.

What is your most recent quiet success? I’d love to celebrate with you!

There is so much in life that we can’t control. So much that seems to affect who we are, who we will become, and in fact, our very destinies. I heard a snippet of an interview on NPR with an actor from That Seventy’s Show, and they were talking about how much there is out of our control that determines our “success.” (I put success in quotes, because that’s a matter of definition, isn’t it?)

The interviewer commented that making it big is not just about getting out there and working hard. He knows plenty of people who have been there working hard for a lot of years. People who have worked just as hard if not harder than the ones who DID make it big. So it’s not just about work. It’s about work, and luck, and timing, and the stars aligning, and Jupiter being in its 3rd rotation of the 5th lunar cycle and blah, blah, blah.

I’ve been thinking about this a lot this past week. In truth, we can work hard and never achieve that “success” that we all dream of. So much of that is out of our control. 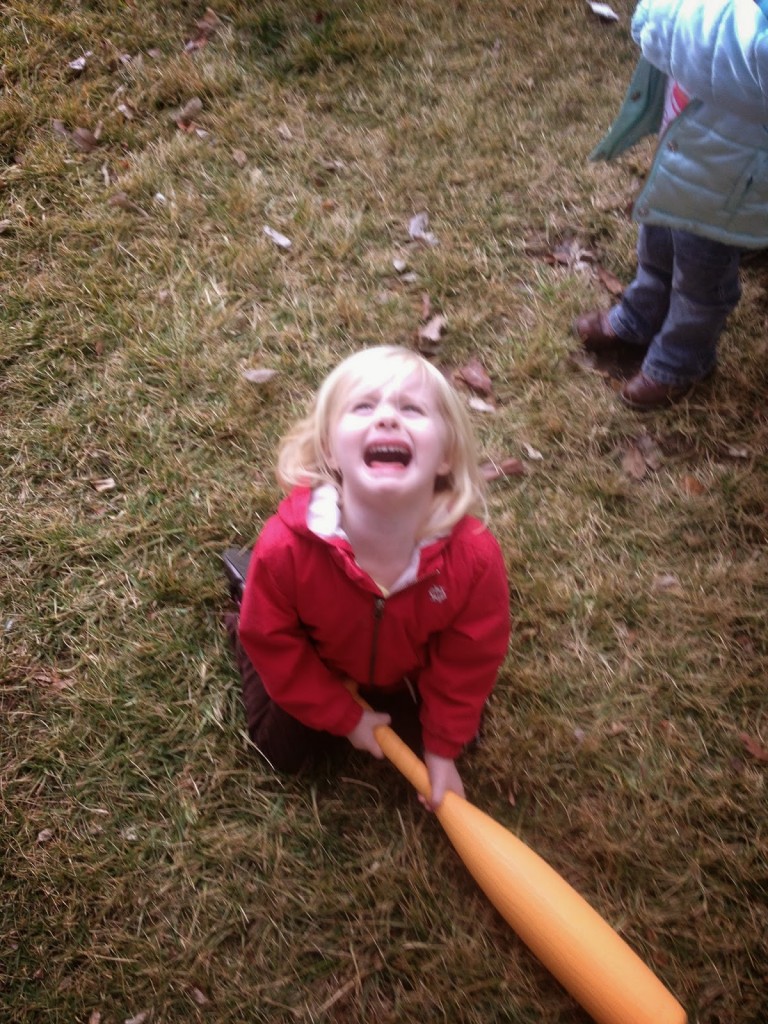 But we can control our destinies. How do we react when we get that rejection? Do we throw our notebook across the room and refuse to ever write another word? Do we scream and rant and blame others for not giving us what we wanted? For sabotaging us? Or do we pick our tarnished pride up off the floor, wipe away the dust and move onward? Learn from experience?

﻿Most of us will probably never make it big. But that doesn’t mean we can’t have bright destinies and leave a trail of shining good in our wake. It doesn’t mean that we can’t leave the world just a little better than we found it through our actions. 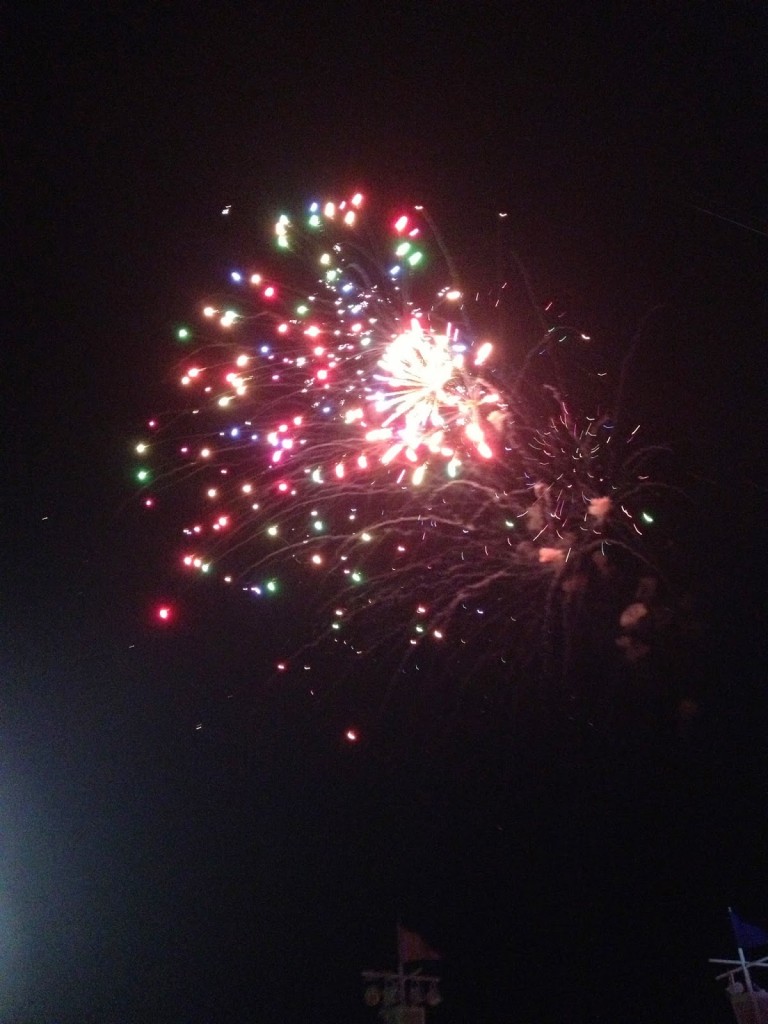 Because we can control that. We can control how we act and react to everything we face . . . good and bad. And that is what determines our destinies.

Have you ever felt proud for how you reacted in a bad situation?

This past week I read my very first Agatha Christie novel.

Last night, I finished And Then There Were None. Just saying, I might have had trouble going to sleep. Agatha Christie is amazing!

But what I loved best was the Author’s Note at the beginning. It was an excerpt from An Autobiography (obviously hers):

“I had written this book because it was so difficult to do that the idea had fascinated me. . . . It was well-received and reviewed, but the person who was really pleased with it was myself, for I knew better than any critic how difficult it had been.”

I love that! I love that she openly admits how hard it was to write this. Agatha Christie, pretty much the best-selling author ever, had to WORK for it. And she didn’t let the hardness of it stop her. She pushed through until she succeeded. Until she’d written a perfectly chilling book that confused and baffled, yet had a logical explanation.

The woman was brilliant!

And I say that not because everything came to her easily. I say it because she didn’t quit. She pushed herself to continue. To solve the puzzle. To do the nearly un-doable.

And when she’d finished, it didn’t matter what others thought. She knew what she had accomplished.

What are you pushing yourself to achieve?

Agatha Christie, And Then There Were None, perseverence, scary stuff, Success, writing

Winner and Thoughts about “The Journey”

Finally! After all the debates and hullaballoo, we have a winner!! *throws confetti*

Amy gathered the names. Her daughter, very fairly, drew a name from a hat. And the winner is . . .

You can email either me or Amy and let us know which prize you choose:

Thank you to everyone who entered our contest and passed along congratulations to our amazing friends. 🙂

So I’ve been thinking a lot about this whole writing journey lately. I remember when I first started writing with the idea of getting published. So much excitement! Every word on the page was magic, and everything I wrote was brilliant.

I didn’t stop to consider the reality of the publishing world and all the hurdles I’d have to overcome to get my book in print. I just wrote. And I loved every minute of it! I subjected my (then new) husband to first drafts and he laughed in all the right places and told me he just knew I’d be published some day. (See why he’s a keeper?!) 🙂

But, of course, that doesn’t last forever. The rejections came. I still remember my very first conference critique by a real live editor. “It sounds like you haven’t found your voice,” he said.

Oh, but that hurt.

And then my first critique group. My perfected chapters came back covered in ink.

That first rejection from that first query. I think it took a little under an hour to receive it in all it’s “Dear Author” glory.

More often than I care to express, I wondered if all this effort was worth it? With all the rejection, why did I think I could ever reach that shiny goal of seeing my words in print, and my name on the cover?

Second, was this quote:

Success is not achieving something we can’t control. Success is moving forward in the face of difficulties. It’s not giving up just because something is hard.

And that my friends, is pretty awesome. Because we can control that.

I’d love to hear about your journey, and how you define success, too.