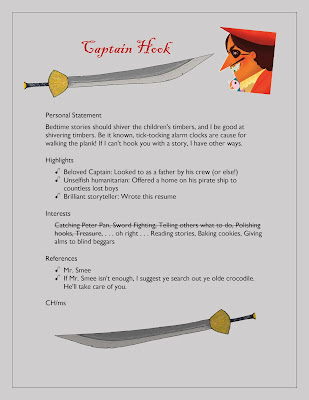 Where Does “Funny” Come From?

In October I went to a conference where I had a
chance to participate in a critique group. After reading my piece, a member of
the group asked where my humor came from.

When I looked askance (great 3-point word, no?) at her, she
clarified her question. “For example, are your siblings funny? Your
parents? Where does your ability to be funny come from?”
I’d never really thought about humor as something that could
be transferred through DNA before. So I considered the question. And I mean,
sure my parents and siblings have their moments of funny, but I doubt any of
them could have a career as a comedian (Note: If any of you are reading this, I
didn’t mean that. You could totally have a career as a comedian. Just today I
heard about a prototype for pig-wings. ; ) You still love me, right?)
I think I uttered something about getting punchy at night,
but it does make one wonder. Where does a sense of humor come from? Is it
innate? Learned behavior? What do you think?

As writers, we are told so often to “Avoid Clichés,” that the warning has pretty much become a cliché itself. Ah, the irony. In the last post in this series, we discussed several reasons to cut clichés, but it’s good to note that there are moments when clichés can work.

I can think of two valid reasons for using them:

People speak in clichés. It’s a natural thing. While I don’t think that means you should fill your characters’ dialogue with clichés, you might use them to establish a type of character.

You get the idea. The clichés they use build their character—show us who they are—place them in the world of your book. Still, the clichés should be used responsibly. Be sure they build up your character, rather than pull the character into the quagmire of overuse.

When you are using a cliché with the specific purpose of mocking it, I think it works. Clichés can be a lot of fun to play with. And because they are so well known (you know, from being overused), they make good joke bait.

For example, in Sorcerer’s Apprentice (you have seen this movie, haven’t you?), they use a plot cliché (namely Jedi mind-control) so the bad guy can get the information he needs. So just when I’m thinking, Huh. That reminds me an awful lot of Star Wars, his apprentice, the comedic sidekick, waves his hand and says in a mock-serious voice, “These are not the droids you are looking for.” Okay, so maybe you have to see it, but it totally worked. Because they made a mockery of the cliché, I not only forgave it, but now think it’s one of the best parts of the movie.

A word of caution: even though clichés may work in such situations, we need to be careful not to overdo it. What is funny once can fall flat the second or third time.

To end this series, I want to recognize that clearing out clichés that have crept into our writing is never easy. It takes work and effort. It often requires thinking outside the box. One of the best resources I know of to help your mind envision the possibilities is The Bookshelf Muse.

On the sidebar of their blog, you will find a wonderful assortment of Thesauruses: Setting Thesaurus; Emotion Thesaurus; Colors, Textures and Shape Thesaurus; and a Symbolism Thesaurus. Angela and Becca are nothing if not thorough, and they are constantly adding entries. I highly recommend you visit them for help with conquering clichés.

Again, I don’t claim to be an expert. Hearing others’ opinions and ideas is always good. So in the comments, please feel free to share other situations where you think using a cliché would work, other resources you know of to help conquer clichés, and any differing view you may have.

If you missed the first 3 parts, feel free to follow the links:

Happenstance and Other Things That Make You Laugh

I gravitate towards humor. Those side-splitting, gut-wrenchingly funny books are my favorite. Janette Rallison‘s books always make me laugh.

So for any others out there who may be interested in writing humor, here are some ways to inject humor into your book.

So do you write humor? What sort of humor makes you laugh hardest?