When We Know Too Much

Some of you may know that for my day job, I do translation. French to English. An interesting phenomenon I’ve noticed is that sometimes my brain doesn’t register when there is both French and English on a page I’m supposed to translate. I’ll keep typing away, and a couple paragraphs later realize what I’ve done.

“You don’t have to translate the English for me. I already understand.”

My brain hadn’t registered when the speaker switched from French to English! Presumably because I understand both languages, and to my brain it’s all the same. I understand it.

Writing can be like this too. When we write a story, we know everything there is to know. We know who the secret bad guy is. We know what terrible things are going to happen. We know how it will all resolve itself. We know.

This is why we need beta readers and critique partners. This is why we can’t do this writing thing alone. Sometimes we just need someone to stop us and tell us, “I already understand.”

Do you use beta readers and critique partners?

Celebrities with NO Make-up, Writer Edition

I’m sure you’ve seen them. Those picture-articles titled something like: “What Celebrities Look Like With NO Make-up!”

I believe they are supposed to make us feel good, because even the Stars don’t look like Stars all the time!* Which brings us to the logical conclusion that if we had our own personal make-up artists and wardrobe consultants, we, too, would look like Stars. Right?

In fact, this whole idea inspired me to share such a comparison of myself: 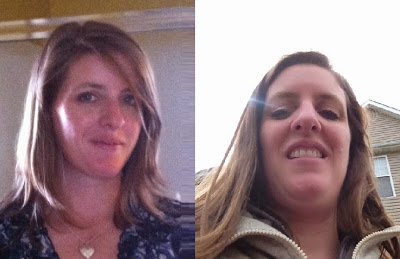 Now, I know these pictures look like a before and after for some weight-loss program, but you should know:
So all these things being equal, what is the real difference between these two pictures? Why is one extremely not-so-nice, and the other so much better?
The answer? Effort.
In the not-so-nice one, I am not sure if I took this picture or if my husband did. Maybe it was even one of the kids. Clearly the photographer gave no thought to getting a nice picture. Snap, and it was done.
In the other picture, I took 21 pictures, adjusting something each time until I got a picture I liked. First the lighting wasn’t right, so I tried some different locations. Then the angle of my face bothered me. Next it was my smile, then where my eyes were looking. After 20 little tweeks and nudges, I decided I was satisfied. In short, I put forth a lot of work and effort to get something that I felt was presentable.
This, dear peeps, is why we revise. Why we get beta readers and critique partners. Why we read and re-read our work and make changes until our eyes bleed. Because seriously, can you imagine sending that not-so-nice picture to an agent or editor?
I thought not.

*And I’ll give us all the benefit of the doubt that we like those Stars better for it, and feel the indignity of what the paparazzi subject them to, because who would like having their picture taken in all their worst moments?